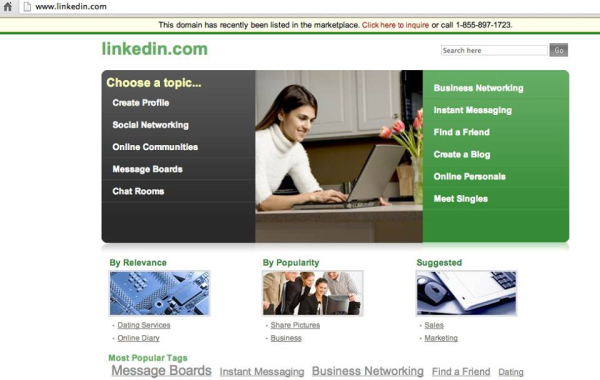 LinkedIn’s domain name was temporarily redirected to a third-party server Thursday. This resulted in a service outage and potentially put user accounts at risk of compromise.

LinkedIn provides a a useful service for professional interaction, yes, but it could be done so much better.

LinkedIn’s customer service team said on Twitter that the problem was caused by a DNS (Domain Name System) issue, but did not specify why it occurred.

LinkedIn does not use SSL by default. Many critics debate that the all round standard doesn't look good.

Not having things like an https option raises question marks.