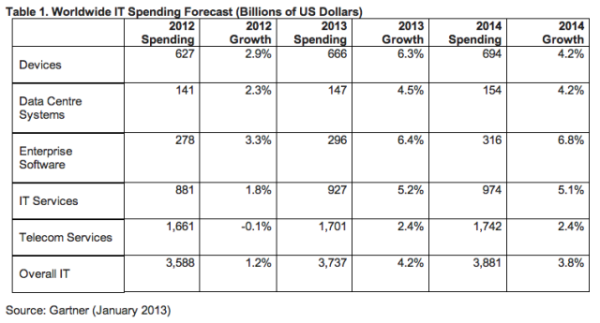 “Cloud computing, in particular, continues to increase compared with prior years, driven by economic conditions and a shift from capital expenditure to operational expenditure, potentially important factors such as faster deployment and reduced risk.”

* Mobile and cloud computing are among the top projects planned by governments worldwide. Bring your own device and big data mentioned are areas of interest.

The Gartner Worldwide IT Spending Forecast is the leading indicator of major technology trends across the hardware, software, IT services and telecom markets.