CIO Concerns Over IT Complexity Are Smothering The Cloud, Claims NTT 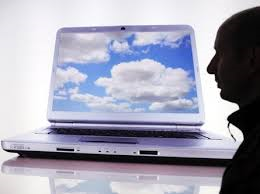 “We can deduce from our findings that cloud is largely restricted to test and development, and software as a service (SaaS). IT leaders have held back from putting their business engine in the cloud – the suites of core applications and data that lie at the heart of the organisation. They are concerned that cloud providers do not appreciate the complexity of their legacy ICT estate and fear migration may not be successful.”

CIOs state complexity of ICT systems is barrier for slow cloud adoption according to new research from NTT Europe:

* 28% of respondents’ infrastructure is described as legacy IT.

* 49% say the cloud could help them move into new markets.

* 58% believe the complexity of their existing IT estate is holding up their implementation of cloud computing platforms.

* 65% of businesses that use cloud are using three or fewer cloud platforms.

* 68% admit they have only been using cloud applications for less than two years.

* 81% of leading CIOs believe their own ICT architecture is the greatest hurdle to cloud adoption.

The report included a survey of 300 CIOs and senior IT professionals.